Money is an area in which most people believe that their success in blocked in some way. An overwhelming number feel that they don’t have enough money, and many also experience emotional distress related to money.

2 Key Processes to Use

The second process is to identify any incidents from your past that caused you to make a decision – and take on additional limiting beliefs – about money. Negative emotions from past events often can hinder our efforts to earn, receive and keep more money. Releasing these negative emotions also will help to cultivate a positive money consciousness.

After more than 4 decades of helping individuals achieve greater success, I’ve discovered that there are 4 common types of limiting money beliefs:

“I’m just a ‘jeans and T-shirt’ kind of person” or “I can’t imagine myself doing what wealthy people do” are some of the beliefs that might feel true to you if your identity is linked with a lower income than you’re consciously trying to achieve.

You may notice that you believe statements like these consciously. You might also know intellectually that these statements are false, but still have an emotional belief that they are true. Either way, if you have negative emotions about rich people, you’re unlikely to become one.

If this is the case for you, you may find that statements like “It’s not spiritual to want money,” “If I focus too much on money, I’ll lose my spiritual focus,” or “It’s wrong to ask for more than I need” to feel true.

Common limiting beliefs that show up in this area include “I don’t deserve to make more money” and “I’m not worthy of being wealthy.” One way to work with this type of belief is to make a list of what you’ll do when you have a specific amount of money. When you plan for more money, you’ll naturally attract it to you.

When you identify limiting beliefs around money, take time to identify how the belief has served you in the past.

The subconscious mind’s job is to keep us safe. Limiting beliefs arise as a way to protect us. For example, if you have a belief that “rich people are greedy,” you’ll unconsciously avoid doing things that will increase your wealth. After all, you don’t want to become greedy or be judged by others as being greedy. By clearing these additional beliefs, you’ll pave the way to install new beliefs that are more supportive of your efforts to increase wealth.

Creating Your Big “Why”

In addition to clearing the limiting beliefs that are keeping you at a lower level of wealth than you deserve, I recommend finding what I call “your big ‘why.’” When you have a compelling reason behind an action you’re taking or goal you’re pursuing, you’re much more motivated to take action.

Create a list of what you’d like to do with your money. Notice what thoughts or emotions come up for you. If you’re shying away from things you want because of feelings of guilt, unworthiness or inability to receive them, you will sabotage your success. Use these negative emotions as important clues about additional limiting money beliefs that you’ll want to clear.

Although it may seem odd that anyone would have a negative predisposition toward wealth, we often hold these negative beliefs in our subconscious mind from childhood. To become wealthy, you’ll need to surface, identify, root out and replace any negative or limiting beliefs you have about money. Use the suggestions outlined here to uncover the beliefs that are keeping you stuck, so that you can change your results and finally enjoy the wealth you deserve. 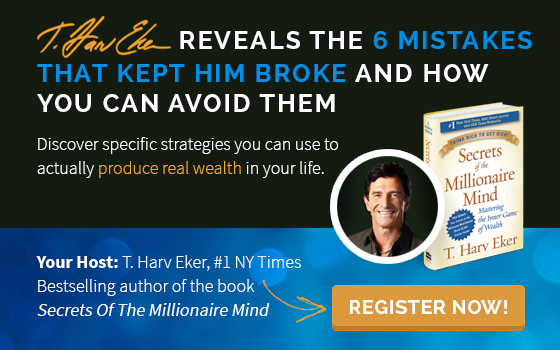 Jack Canfield, America’s #1 Success Coach, is founder of the billion-dollar book brand Chicken Soup for the Soul® and a leading authority on Peak Performance and Life Success. If you’re ready to jump-start your life, make more money, and have more fun and joy in all that you do, get FREE success tips from Jack Canfield now at: https://successgrid.net/btswebcast

Aligning Goals with Your Purpose Activating The Law of Attraction

Wake Up and Create Your Future